The artists as art collectors

The painting gallery comprises the ensemble of the private collections of Vincenzo, Spartaco and Lorenzo Vela. The paintings were either acquired at exhibitions, or fruits of exchanges between themselves and other artists, gifts from colleagues and friends, and may also have been commissions they made directly from painters they frequented. Unlike other picture galleries formed ostensibly as status symbols, the Vela gallery, which predominantly consists of works of Lombard and Piedmontese painting from the second half of the nineteenth century, reflects the taste of a family of modest origins that rose to very high social status and achieved remarkable wealth.

The sculptor Vincenzo Vela focused principally on landscapes and genre scenes centred on the female figure. There are also works by painters who, like himself, were involved in the events of the Risorgimento, and which were probably the fruit of exchanges with colleagues. Some of the most interesting were painted by Gaetano Fasanotti (1831-82), Ernesto Allason (1822-69), Leone Eydoux (1829-75), Domenico (1815-78) and Gerolamo (1827-90) Induno, Enrico Gamba (1825-1909), Pierre (Henri Theodore) Tetar van Elven, and Giuseppe Bertini (1825-98).

The paintings of the area in and around Milan were acquired by Spartaco from the circles - "post-Scapigliatura" in nature - of the "Famiglia Artistica" and "Società Promotrice", which Spartaco himself began to frequent. The most outstanding is the Landscape with Sheep by Giovanni Segantini (1858-99, one of Spartaco's friends) but also to be noted are the works by Eugenio Spreafico (1856-1919), inspired by the naturalism of Filippo Carcano, and the female portraits, which went under the heading of "character studies". For example, the heads by Pio Sanquirico (1847-1900) and Francesco Fiocchi (1856-1936), both of whom were pupils, like Spartaco, of Giuseppe Bertini (1825-98). 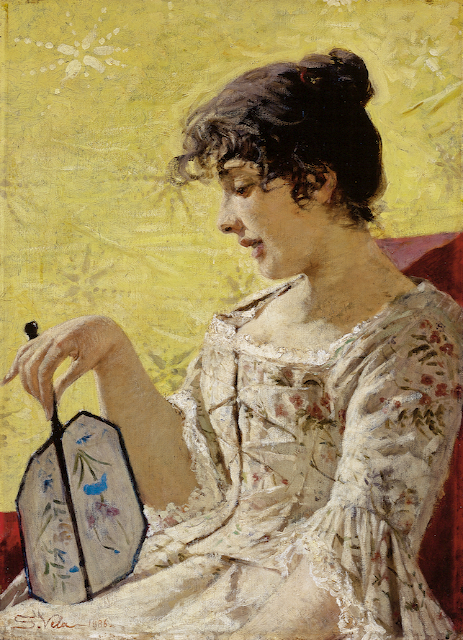 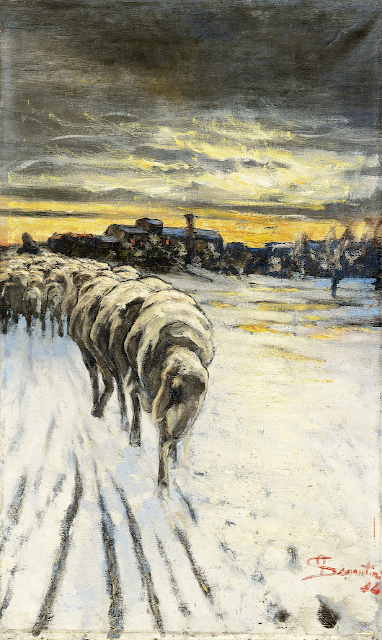