With regard to landscape painting – a school that enjoyed constant favour from the second half of the nineteenth century and provided an ideal environment for the establishment of a naturalistic poetics – the paintings in the Museo Vincenzo Vela collection are overwhelmingly by artists from the Piedmontese area. These painters were notably influenced by the French school, even though they gradually detached themselves from the rigid compositional canons and opened themselves up to direct confrontation with nature, particularly the artists from Lombardy. Another recurring aspect of the landscapes on exhibition is the presence of human figures, an inclusion able to slant the scenes toward genre painting and to prompt considerations other than anecdotal.

The painting belonged to Lorenzo Vela and is an example of the painter's first manner, that is to say influenced by northern painting in its terse and analytical vision of the landscape.

The painter divided his life between Ticino and Lombardy and was enthused by a patriotic spirit during the events of the Risorgimento. The influence of Gaetano Fasanotti is evident in Preda's painting, to which this landscape alludes in its expansive standpoint and the artist's balanced naturalistic approach to the theme.

The painting is remarkable for its concise depiction of the elements of the scene, without any concession to expressiveness or eloquence. 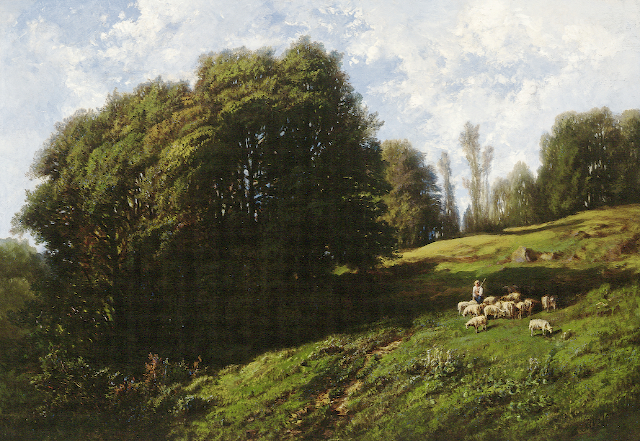 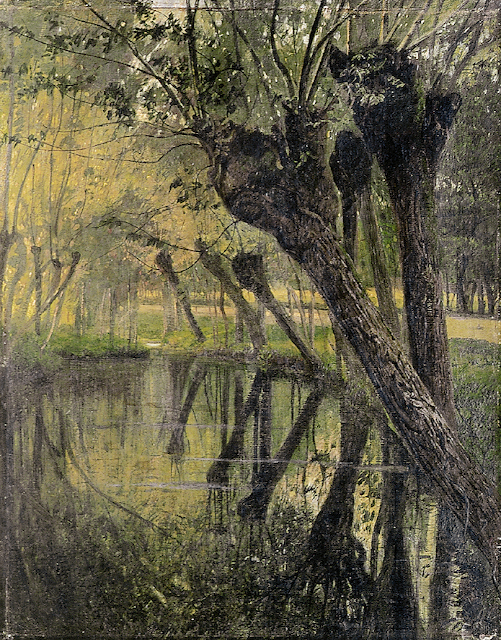